Pete’s Grain is owned and operated by the Neofotistos family – proud and active members of the Dracut community, committed to its residents with special orders and fresh, regional supplies.

It’s easy to imagine a line of horse-drawn carts lined up in front of Pete’s Grain on Hampson Street, picking up farm supplies for the week. Farmers from Lowell and beyond, as far south as Boston, have been making the trek to Pete’s Grain for well over 80 years to purchase food for their animals as well as mulch, loam, hay, grain, corn stalks, bows, mums and much more. There is some discussion as to how long the Neofotistos family has actually owned the supply store.

“I’m 86 and I’ve been here since I was a little boy,” says “Steve” Stavros Neofotistos, whose father, Louis, started the business, naming it after Steve’s brother Peter, who was killed in a train accident.

Steve and his wife Angie ran the store for decades before handing the operation over to son Louie and daughter Anna. Anna said her family was one of many Greek families to settle in the Dracut area in the early 1900s. Her grandfather came from Bedford and saw the potential for starting a farm.

“He originally wanted to have a big farm and a big house and a big family,” says Anna. “He was a property owner and at one time he owned both sides of the street.”

In fact, until the late 1970s, the Neofotistos family owned and operated several businesses on Hampson Street. Steve’s brother Charlie ran a package store and brother Nick had a used auto parts store. But Pete’s Grain has been a constant, serving the Hellenic farmers in the area for most of the last century. Anna Neofotistos says she has heard stories of the days when Hampson Street didn’t even exist.

“It was just a cowpath,” she says. “My poor father was just a young boy and he would have to get up early in the morning and shovel a pathway here from the house.” 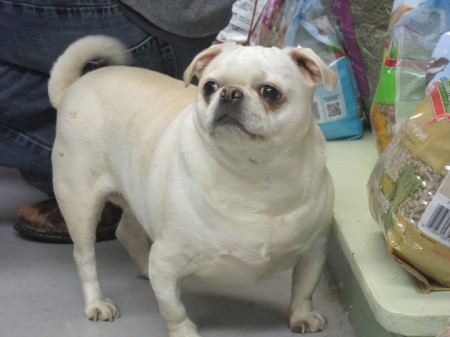 Pete’s Grain is a cherished part of the Dracut community. A throwback to simpler days, Pete’s Grain has spanned the decades growing with the community and adjusting to changing needs. How has Pete’s Grain survived all these years when big chain stores seem to make it more convenient? Customers are friends. Walk through the door and you’re instantly part of the Neofotistos family.

What Our Customers Say

We love all of our local customers from Dracut and nearby areas including Lowell, Chelmsford, Westford, Littleton, Billerica, Tyngsborough, Lawrence, Pelham, and more!

I have been doing business at Pete's grain for over ten years and now drive from New Hampshire to do business there. From the first days when I bought our chickens and everything we needed for them we were treated like part of their family. I feel fortunate to have found Pete's some eleven years ago and will continue to shop there first.

Went to all the big, brand stores looking for Lily of the Valley with no luck. Anna dug up a shovel of dirt filled with Lily pups and some already have leaves. I find this hard to beat.

Love this place they have everything

View All Reviews Write A Review
Come visit our pet supply store in Dracut, MA specializing in quality food, treats, and supplies for cats and dogs.